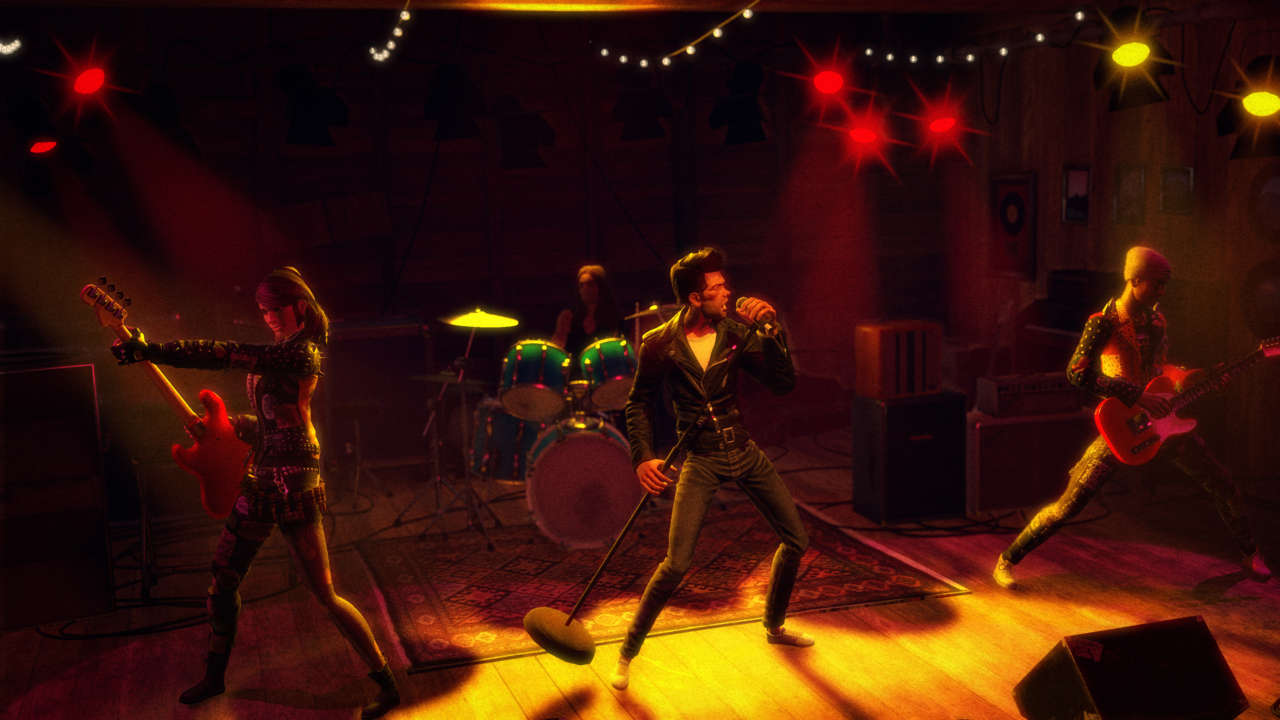 “Harmonix announced today via a post on their company blog, more details about the forthcoming December 8 update to Rock Band 4, which will be the first major content update since the game’s launch.

Score Challenge Features – Including an in-song indicator of when you pass a friend’s score on the leaderboard, an activity feed on the main menu, and a taunt system for when you beat a friend’s score
Improved Calibration – The post notes that you will have to re-calibrate your system after this update
A Full Combo indicator – Includes a FC icon on the leaderboard, and an indicator in song to let you know if you’re still on track to be able to FC the song
Song Results Details – Additional details on the Song Result screen, including leaderboard info, and detailed gameplay statistics
Player Stats – A new player stats screen will show cumulative Rock Band 4 statistics, including cumulative score, and stars
Rock Shop Items – New items will be added to the Rock Shop
Auto Kick Pedal – A new option that will allow novice drummers to play just the notes, without having to worry about the kick pedal
On top of all of that, the update will include another new gameplay mode that they’re not talking about quite yet, and some bug fixes:

Packs and Albums in the XB1 in-game store are back in the store and contain content.
Fix to prevent hitches for PlayStation 4 players with 2000 Friends.
Leaderboards no longer mix player scores and percentages from different performances and instead show only the info for the single performance with the highest score.
Game no longer crashes when the vocalist joins a song that doesn’t have a vocal part.
Band History stats now list the correct total number of Rock Shop items.
Improvements to microphone lag.
Improvements to tambourine hit sensitivity.
Adjustments to track transparency.
The blog post also talks a bit about what will be coming in the future, without giving any specific details, other than the fact that they’re planning monthly game updates, some of which will be content updates, and some of which will just be for bug fixes.” – RockBandAide

Below is a full list of the just-announced tracks for Rock Band 4:
►.38 Special – “Caught Up In You”
►Arctic Monkeys – “Arabella”
►The Both – “Milwaukee”
►Cake – “Short Skirt/Long Jacket”
►Little Big Town – “Little White Church”
►Lucius – “Turn It Around”
►The Mighty Mighty Bosstones – “The Impression That I Get”
►The Protomen – “Light Up The Night”
►Soundgarden – “Superunknown”
►Tijuana Sweetheart – “Pistol Whipped”

For more head to http://www.rockband4.com!

Additionally, Rock Band 4 will be compatible with more than 1500 tracks available for download on the Rock Band Music Store, as well as many tracks exported from previous Rock Band titles.

Winner of multiple awards and nominations at the 2015 Electronic Entertainment Expo (E3), including “Best Music Game” from IGN and Game Informer, Rock Band 4 delivers the ecstatic rush of a live full-band game experience like never before. Rock Band 4 builds on the core gameplay people love, with brand new features, including game-changing Freestyle Guitar Solo gameplay that allows players to craft their own face-melting and truly original guitar solos.

Rock Band 4 will be available on October 6.